Home / Immigrating to the USA / English as a Second Language / Conversations 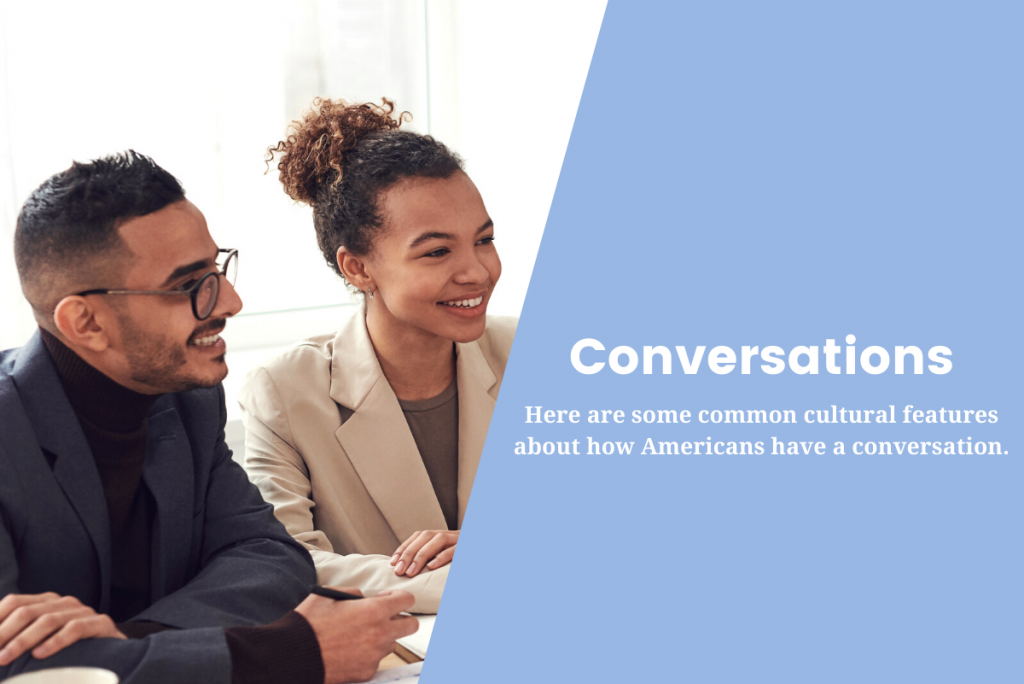 There are lots of stereotypes about how people from different cultures or who speak different languages communicate. Sometimes these are fairly accurate and can cause misunderstandings, and sometimes they’re just funny to read about. In an effort to offend as few people as possible, here are some common cultural features about how Americans have a conversation. But don’t forget that these won’t always be true, and that most Americans intend to be inclusive and welcoming.